Where Have All the Birds Gone?

Where Have All the Birds Gone? The Plight of the Neotropical Birds

There are over 100 species of neotropical migratory birds that breed in the national forests. The majority of birds occurring on national forest land are neotropical birds. The term “neotropical” refers to the new world tropics; Mexico, Central America, the Caribbean, and South America. Neotropical migrants are birds that breed in the spring in North America and then migrate to spend the winter in the tropics. Neotropical migrants are a very diverse group, including species of hawks, owls and shorebirds. However, the majority of birds migrating to wintering grounds in the tropics are small, insect-eating songbirds such as warblers, vireos and flycatchers. Some species that occur on the 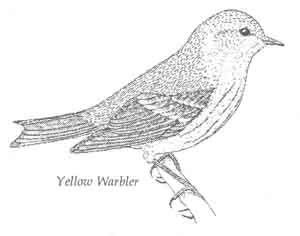 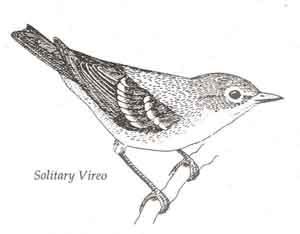 Neotropical birds spend a great deal of time and energy migrating back and forth to their wintering and breeding grounds. Some spend as much as one third of their lives migrating! Many species make 1400 mile nonstop flights to reach their wintering grounds. To prepare for theses trips, they may double their weight in fat to be used as fuel. They use this fuel with maximum efficiency. In fact, if they were cars, they would be getting 720,000 miles per gallon!

Recent surveys for neotropical birds indicate that their populations are declining rapidly. Efforts to monitor the numbers of nesting birds show that fewer and fewer birds are returning each year to breed. Two primary reasons could be the loss of breeding habitat in North America, and the loss of wintering ground in the tropics. The fragmentation of forests in North America from harvest and urban development as well as the slash and burn policies in the tropics to clear land for agriculture and pasture land have resulted in loss of habitat for species. Birds, such as the hermit warbler, that nest away from the forest edge may abandon a piece of land if the forested area becomes too small. As the amount of edge increases, rates of brood parasitism by the brown-headed cowbird and nest predation by cats, raccoons and jays also increase, inhibiting successful reproduction. Impacts to stopover areas along the migration route can prevent a species from loading up on needed food to sustain the energy needed for its destination.

Losing neotropical migrants affects us ecologically, economically and aesthetically. Since most birds are insecteaters, they play a vital role in regulating insect populations that affect crops and forests. Not only do neotropical birds act as predators on insects, they are often part of another species’ life cycle. Several animals, including falcons, utilize neotropical songbirds as part of their diet. Impacts to neotropical birds would indirectly affect these predators by removing an essential component of their prey base. The loss of neotropical birds from an area also impacts recreationists and business. Bird watching in the United States is a popular and growing hobby that brings in outside income to local economies from visiting birders: The beautiful songs and vibrant colors of neotropical birds also enhance the natural beauty of the forest.

To help determine the problems facing neotropical birds and to assist in the solutions the Forest Service along with other Federal Agencies joined together with researchers and educators in North America and the tropics to form the Partnership in Flight program in 1990. The program serves to inform managers, educators, and the public on the plight and importance of neotropical birds. The United States Fish and Wildlife Service is the lead agency in the program. The Forest Service plays an important part in managing the largest amount of breeding habitat for neotropical migrants under a single public lands ownership.

The threats and attempts at locating solutions often seem beyond the scope of a single landowner but the actions of a single individual can still have results and the combination of individual efforts across the landscape is sure to benefit neotropical birds. Several everyday threats to neotropical birds exist in ones own backyard.

Studies conducted in Wisconsin showed that rural cats kill 20-150 million songbirds (35% of the cats’ diet) annually. Putting a bell on the cat doesn’t inhibit the threat to birds. Cats either lie in wait or slowly stalk their prey and the bell never rings to warn the bird. The solution to this is to keep cats indoors.

Many of us also put out birdfeeders to enjoy the birds and to provide supplemental feeding. However, birdfeeders, unsecured garbage cans and deliberate feeding of wildlife help promote the presence of predators, such as squirrels, jays and cowbirds, that prey on the adults and young of neotropical birds. To prevent squirrels and raccoons from getting into unwanted areas, secure garbage can lids and keep pet food out of reach.

Pesticides often claim neotropical birds as victims either directly by consuming granular pellets or indirectly by eating poisoned insects. Instead of relying on chemical controls rely on natural predators such as ladybird beetles (ladybugs) for aphid control and enhancing habitat for native toads for slug and insect control. Attract more insect eating birds by “naturescaping” your yard and providing native plants for habitat.

Reflective windows are also responsible for the deaths of several millions of neotropical birds annually. Birds see the reflection of surrounding vegetation in the window and assume it is a safe place to fly with deadly results. Break up the image of the window by hanging items in it or by rubbing soap on the outside of it to give it a dull appearance. Neotropical birds have got to be the best excuse ever to avoid cleaning windows!

Most people are aware of the colorful appearance of birds in the spring and the cheerful songs they bring with them but many often wonder where the birds go as winter approaches. We take it for granted that our harbingers of spring will return next season to inform us again that another winter has passed and that the warm days of spring have once again returned. However, in many parts of the country a silent spring is slowly approaching. Learn what you can do to help neotropical birds and then involve someone else with you in doing it. You too can make a difference. Give our birds something to sing about!